If your a chimney sweep from any where in this world you are sure to have heard of Santa Maria Maggiore the world chimney sweeping festival held in Italy in September each year. 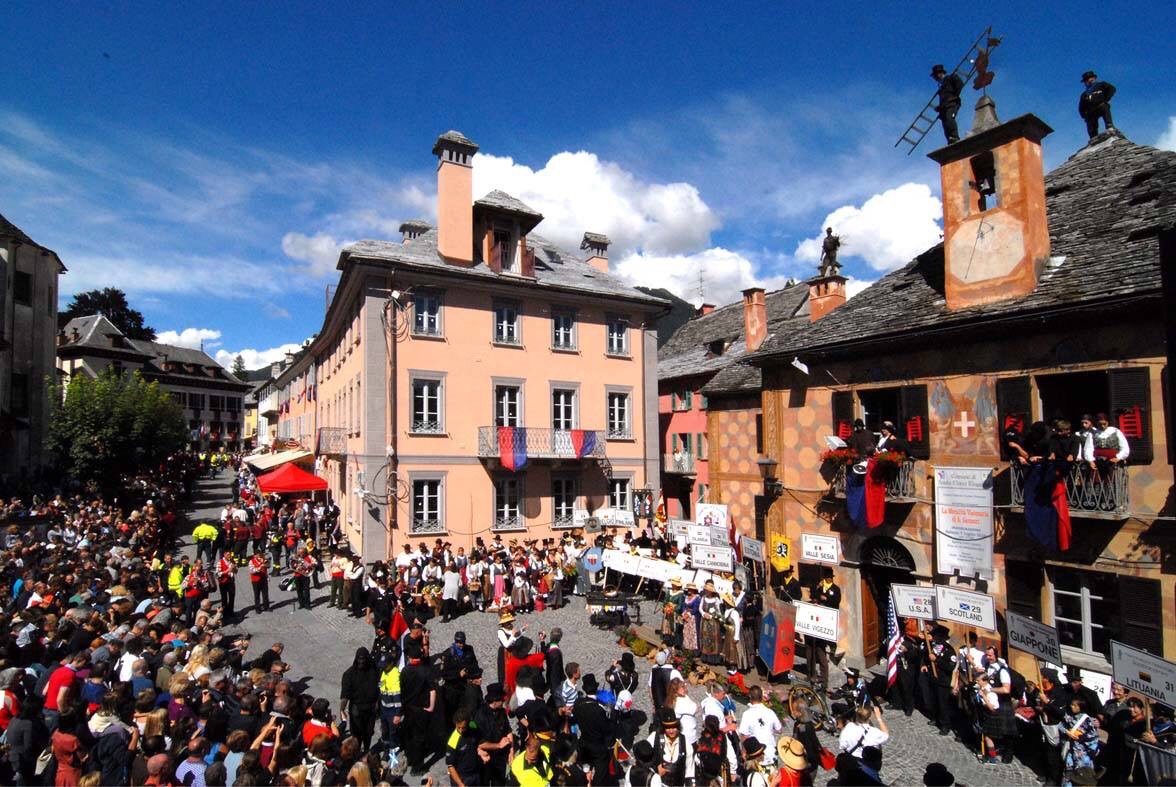 The festival is held each year in the Town of Santa Maria Maggiore in the beautiful valley of Vigezzo in Piedmont Italy. It typically runs between the 1st, To the 4th of September the start of the sweeping season.

Years ago the area of Vigezzo was very poor, basic survival was difficult and as such the young children of the area were sold into servitude to master chimney sweeps all over Europe. The festival celebrates the end of that terrible trade and the coming together of sweeps from around the globe. There is a famous statue of the last chimney boy who died during a lightening strike marking the end of the climbing boys.
What happens? Well here is a run down of what to expect.

On Saturday the 2nd September the chimney sweeps begin their parade and tribute  is made to the little chimney sweep the famous statue of the last chimney boy And a great photo opportunity. 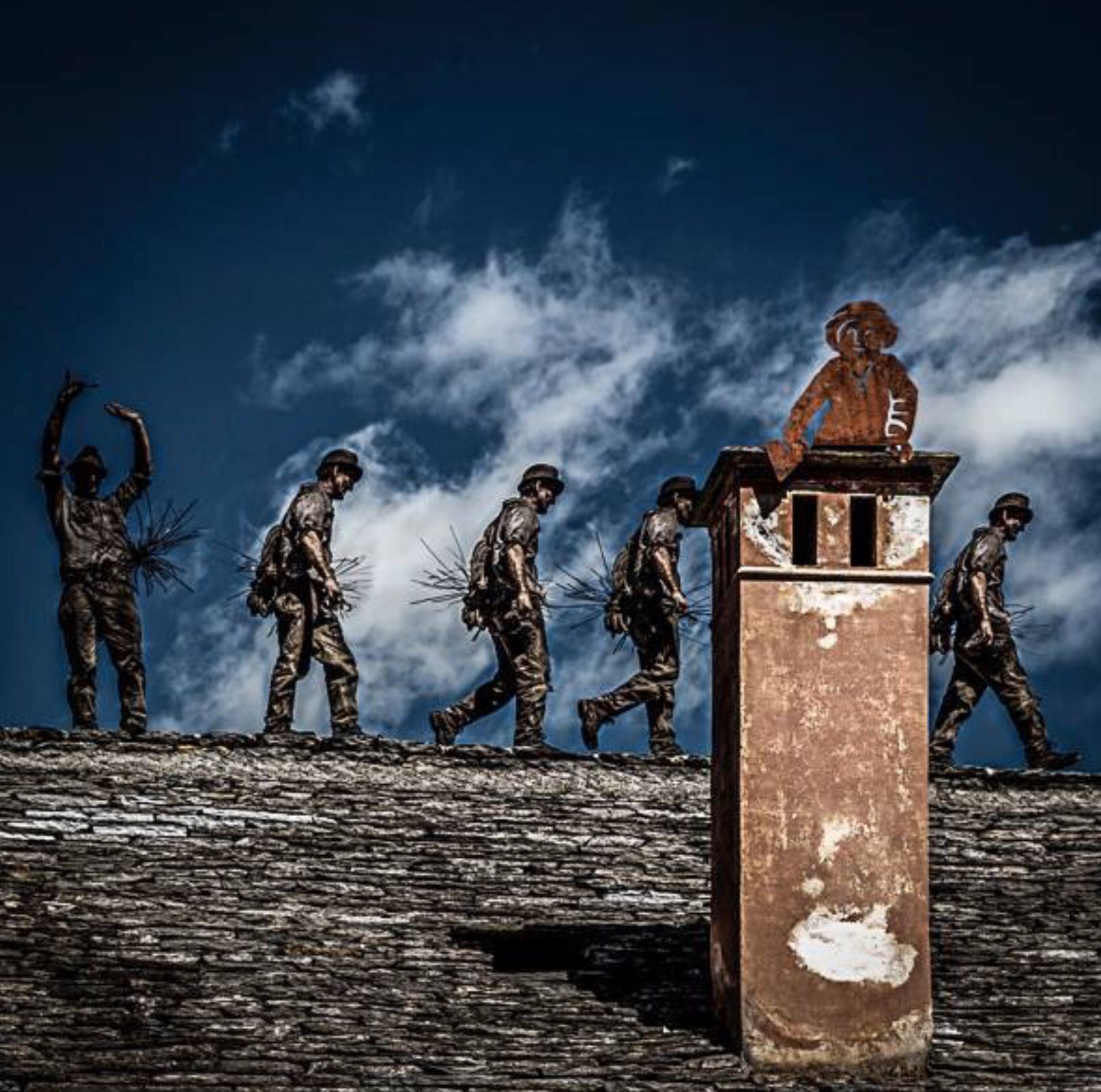 Chimney sweep statues on the rooftops in Santa Maria

On Sunday the 3rd of September the event is at its peak. There is often over a thousand chimney sweeps dressed in their top hats and jackets parading and dancing through the streets. Later in the day the sweeps take to the rooftops lighting flares and taking photos. Often there are displays of traditional tools, bicycles and clothing on display. 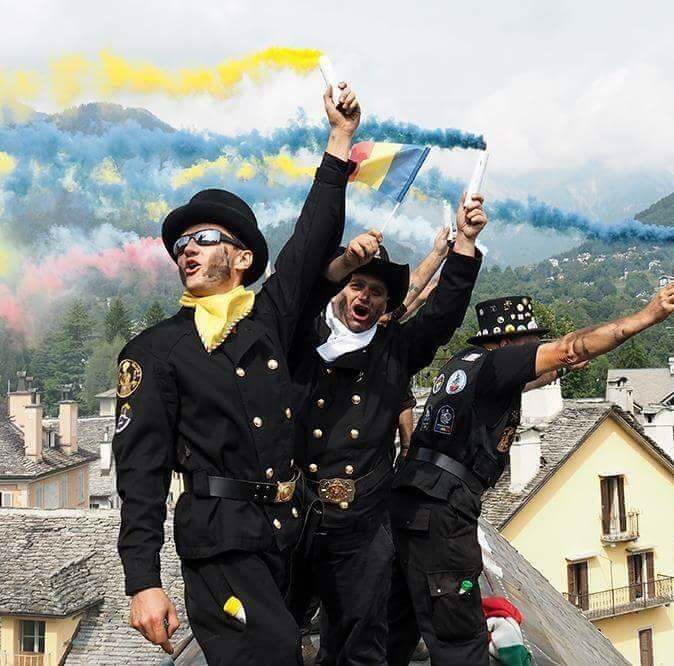 My Good friend Mircea Balsoianu on the rooftops in Italy

On Monday the 4th of September the  chimney sweeps will take the cable car up to the Piana di Vigezzo in a celebration of the area. On the afternoon of the 4th goodbyes are said and we return home with a giant hangover and memories that are timeless.

the dates in this post are best knowledge at time of posting for 2017 . PLEASE check with the chimney sweep museum in Italy before you travel to be sure.

Well every chimney sweep should go at some time in their life. The sweeps festival is an amazing experience that you must experience. 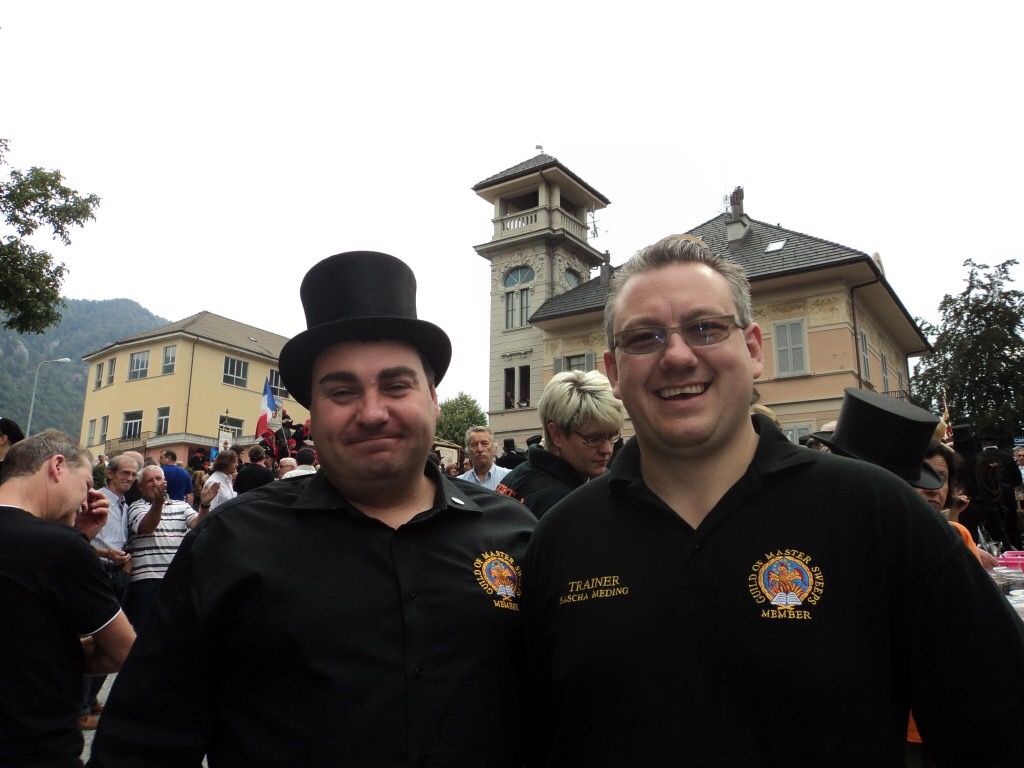 oh most importantly Spazzacamino is the Italian word for chimney sweep.