Todays blog is about the smoke control laws  that we must abide by today and a little history too.

Everyone has seen the old Sherlock Holmes scenes of old London Town with a passing chimney sweep and a whole lot of fog, well this fog was actually a smog, a mixture of smoke, particulates and fog. The excess of smoke was from the industrial revolution which was powered by coal and although this lovely black stuff made the U.K. Quite rich  the same smog was responsible for the shortened lives of many city dwellers. Continueing on London and the major cities populations saw an expenential growth of population following the Second World War and by the 1950s/60s the sky line of London was yellow grey with smog from industry and the raw coal people were burning. During this post war period  a law was enacted to ban the use of fuels that were partly causing this smog phenomenon the smokeless acts of 1956 and 1968. These laws made it illegal to burn most fossil fuels and wood in many major towns and cities within the UK. These laws were coupled with new legislation for factories.

Did these new laws work?

Well yes they did  help greatly in reducing sulphur dioxide and other dangerous airborne pollutants. Previously occurrences of lung diseases such as COPD were very high and life expectancy was reduced. Since  the new laws things have changed positively with a reduction in respiratory ailments and an expended lifespan on average. With the onset of pm 10 and pm 25 particulates from oil and diesel some of these conditions are beginning to return, who knows where that particular road will lead.

The smoke control acts of the 1950/60s worked great to reduce airborne pollutants but they had an unexpected side effect, the UKs reliance on coal as a fuel and the associated industries were wiped out overnight and a new reliance on natural gas was forged. This had a cosmic change in the UKs economy leading to mass unemployment in some mining areas and a legacy  which still exists today. My own company Clean Sweep was formed when my Granfather who was a pit miner in Blythe near Newcastle took the decision to leave for the city in 1964 to become a chimney sweep.

Painfully, today  the uk is sitting on top of around 250 years worth of high grade coal which we are not ever likely to use.

Smoke control laws today are inforced by local authorities. DEFRA has the overall say, that is the department for environment, food and rural affairs. European legislation has a major say on air quality in general. 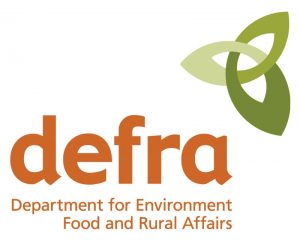 So what can I burn?

If you are within  smoke controlled area you must not burn wood, house coal, petroleum coke,  waste or any  other non approved fuel.

Approved fuels include;  some smokeless coals, oil and natural gas.

If you have an appliance  that is exempted under  defra you may burn the fuel which the exemption is for, typically wood with  suitably low moisture content.

Some local authorities allow kindling wood to light the fire.

Approved smokeless coals can be burned in a suitable appliance.  HETAS approve many fuels and their guide can be used as a reference as to which fuels are suitable. Please be aware that many stainless steel liners are not suited for burning smokeless fuel continuously and will rot out quickly.

Ironically in many local authorities it us permissible to burn wood on a bonfire, fire pit or chimnea if it is not connected to a chimney?

As there is a possible £1000 fine for breaching smoke control laws it us best practice to contact your particular local authority to ensure that you do not fall on the wrong side of the law.

The primary method with which local authorities typically catch offenders breaching the law is to send along an environmental health officer who will hold up a colour swatch to make a comparison with the smoke exiting the chimney and the ‘allowed colour’ during their visit they may also check fuel that is stored for use. It should be noted that this only really occurs after a complaint.

Smokeless fuels, areas and appliances can be a bit of a mine field with a possible heavy fine for getting it wrong. It is best practice to select your fuels from the Hetas approved fuels list. Appliances must be defra approved for smoke control areas if you wish to burn fuels which are not themselves exempted.